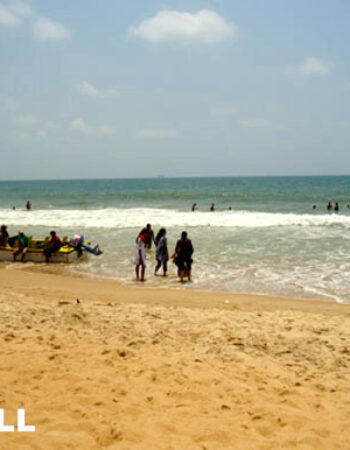 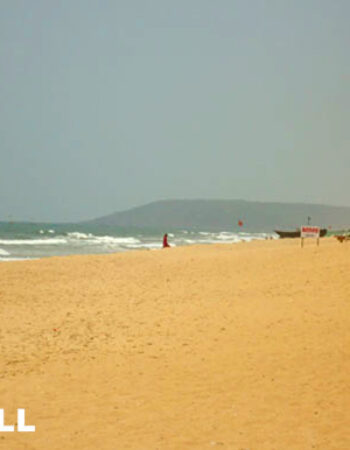 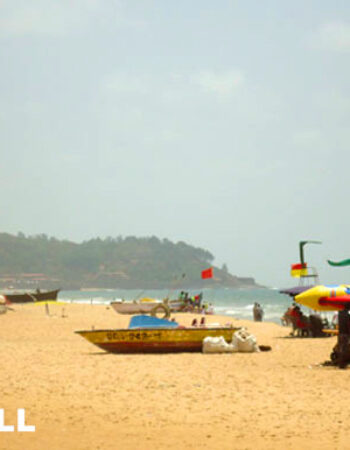 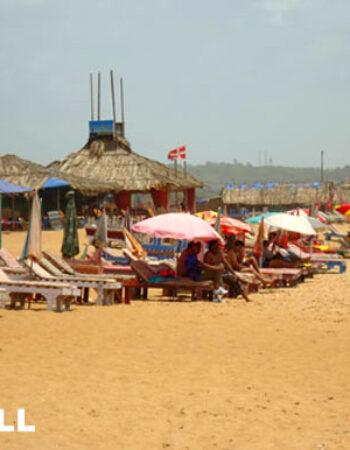 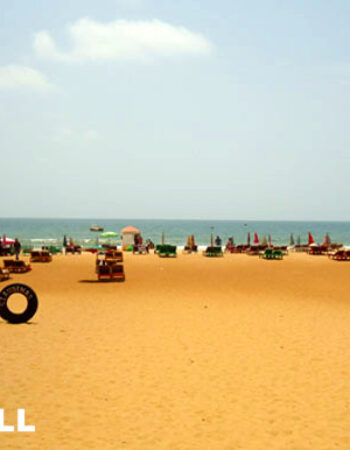 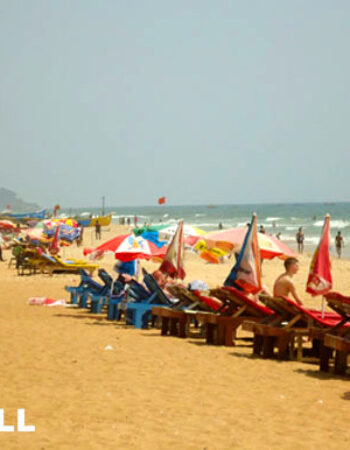 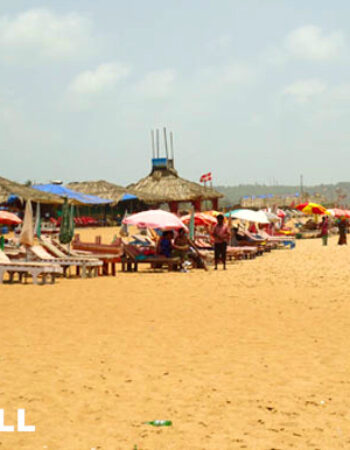 Located 14 kms north of Panaji in the state of Goa, the Candolim Beach is a part of a long extension of beach coastline along the Arabian Sea that begins at Fort Aguada and ends at Chapora Beach. This place is also famous as it is the birth place of Abba Faria, considered to be one of Goan freedom fighters and the Father of Hypnotism. The white sandy Candolim beach naturally beautified by the scrub-covered dunes draws a lot of tourists these days. 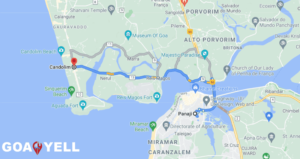 Candolim beach offers various water-sports activities-right from parasailing to water-skiing, wind surfing and so on. Fishing is an activity for those who love peaceful and quiet environment. Yoga and meditation has also gained popularity here because of the idyllic atmosphere. Special beach excursions are also arranged in Candolim beach wherein a tourist is taken right to the core of the sea from where he can capture some memorable sunsets. Candolim’s nightlife is very calm, giving a break from the chaos and commotion of other beaches. 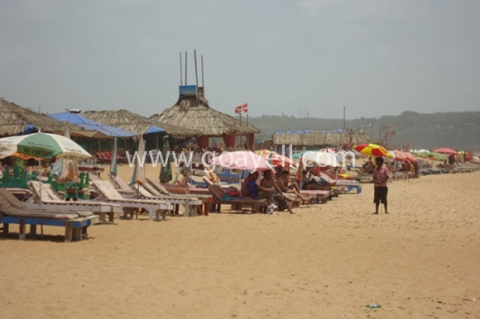 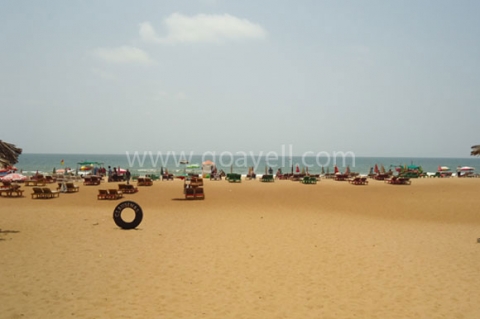 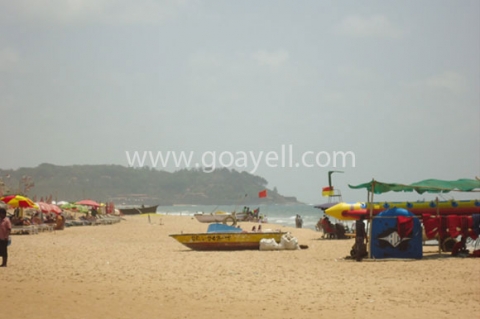 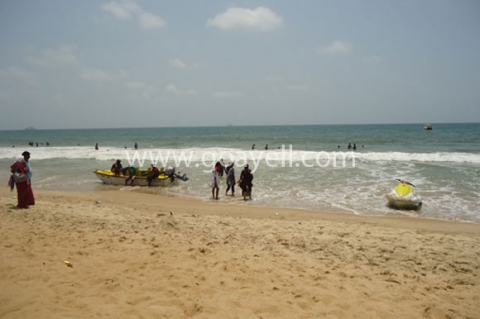 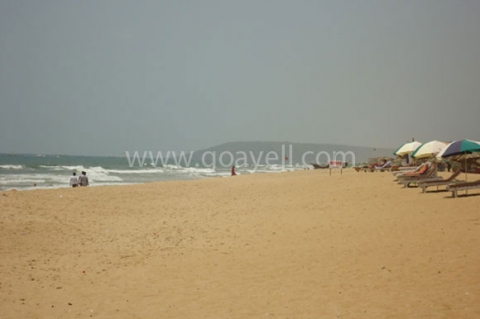 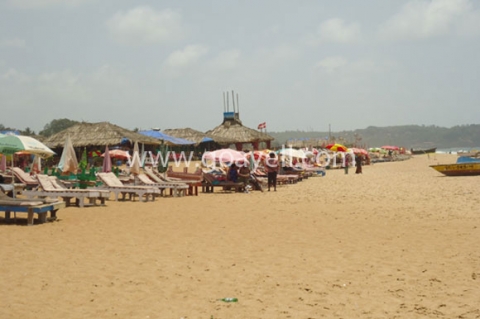 Food :- There are a lot of makeshift bars and restaurants made from wood and palm leaves on the beachside. Tourists can stop at a small taverna (bar) for a drink of feni – a locally brewed drink made from cashew or coconut.

Major Tourist Attraction :- Aguada Fort is the greatest attraction of Candolim Beach .The fort was built by the Portuguese way back in 1912 for fortification against the Dutch and the Maratha invaders. Along with the fort the church, lighthouse and the garrison of the Aguada Jail have also been a part of tourist attractions. The northern side of the fort has two beaches, one of them is Calangute and the other one is Condolim. It is one of the most visited spots in Goa. There are many resorts, villas and guest houses around this fort.

Accommodation :- This beach has got a lot of inns with real good facilities. Candolim beach has also many hotels and resorts which offer extravagant stay. But it is better to stay in guest-houses since they are too expensive.

How to reach there :-There are a number of buses that help people reach Candolim from Mapusa and Calangute. The nearest interstate bus station is at Mapusa, which is the KTC bus station. Buses from Panjim stops frequently, at the bus stand opposite to the Casa Sea Shell.The Dabolim airport provide the connectivity through air. Candolim is a census town in North Goa in the state of Goa, India. It is situated just south of the famous Calangute beach, and is popular tourist destination. During the late 16th century, Candolim became the first village to be entirely converted to Christianity in Bardez by the Franciscans.

[1] The present Christian identity of its villagers dates back to the conversion of Santu Sinay (Shenoy), a ganvkar (Konkani: freeholder) who belonged to the nobility of his people.

[2] Santu Sinay (1577–1640), was the son of Naru Sinay; who had earlier migrated from Loutolim, Salcette, and established himself in Candolim, where he purchased the fifth vangodd (clan) of the comunidade on 13 August 1604.

[3] Naru Sinay died after 1624, and was survived by his wife, four sons—Jeronimo de Souza, Manoel de Souza, Santu Sinay, and Christovão d’Andrade, and one daughter, Quiteria de Souza.[3] Santu Sinay was converted along with the rest of his family at the age of 8, and subsequently took the name of Salvador Pinto.

[3] His godfather was Fr. Manoel Pinto, a Franciscan rector of the Church of Our Lady of Hope of Candolim and the seminary of Reis Magos.

[3] He was brought up in the seminary of Reis Magos, where he developed a great devotion to St. Francis Xavier.

[3] Salvador Pinto worked zealously to spread Christianity in the village.

[2] Fr. de Nazareth held great influence with the Viceroys and in recognition of Salvador Pinto’s tremendous work in converting the village, obtained for him many life grants and concessions which are still held by his descendants.

[4] Fr. de Nazareth, as representative of Fr. Miguel de S. Bonaventura—Custodian and General Commissioner of East Indies and Diogo Dias, syndic of St. Francis and procurator of His Holiness granted two perpetual graves in the Candolim Church, to Salvador Pinto and his father-in-law António Pereira in the transept, in front of the altar of Bom Jesus, and also to his wife and mother-in-law, Maria and Catharina Pereira in the transept; her grave located between those of two parishioners, Pedro Sequeira and Francisco de Souza.

[4] Candolim was the focal point of the anti-Portuguese revolt of 1787, also called the “Conspiracy of the Pintos”, because it was spearheaded by priests belonging to the village’s Pinto (Shenoy) clan.

[5] A normal day in Candolim Beach, Goa Fifteen kilometers from Panjim, the Goan capital, is Candolim beach in north Goa. Beginning at Fort Aguada and merging with Calangute beach towards the end, it is one of the longest beaches in the state and is located in the Bardez taluka. The beach in itself is very calm and peaceful, at times tourists come here from Rajneesh Ashram in Pune to take a break.
What adds to the scenic beauty of the sand and sea are the scrub covered dunes at the back of the beach quite popular with tourists. The main road that is the Candolim Calangute road is packed with shops and restaurants, but the beach front is rather free of any commercial activity apart from some water activities. Though the beach is close to bustling Calangute beach, life is rather laid back at Candolim.
Even the village isn’t very clustered, its quite spread out so there isn’t any centre to it as such. The area around the beach can be termed as resort free as there aren’t any resorts there. However, the beach has quite a number of inns at reasonable prices with good facilities.Another interesting feature about the Candolim beach is the ship River Princess, which has been stuck at the shores of the beach since 2000.

Q Is Candolim a good beach

Candolim is a clean beach, great to visit with family and friends. It is well maintained with a lot of locations quite near to it in case you want to spend the day out

Q How Far is Candolim Beach ?

Candolim Beach is located in North Goa.
From Margao - 45 km
From Panaji - 12 km