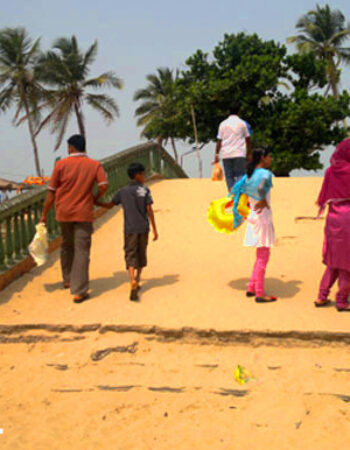 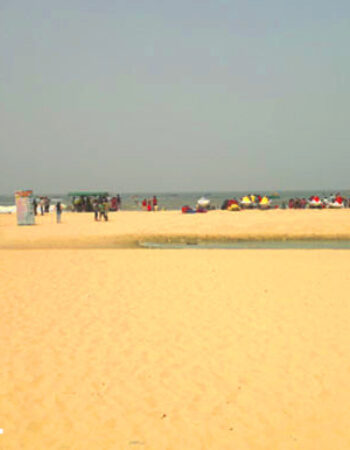 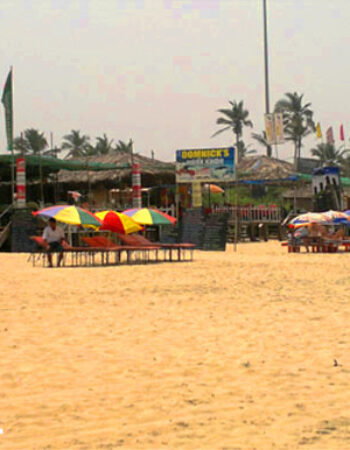 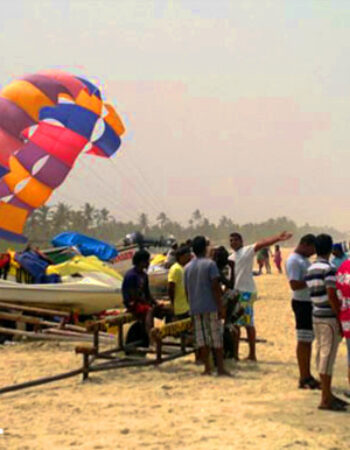 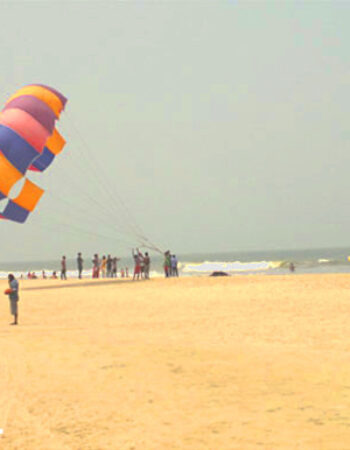 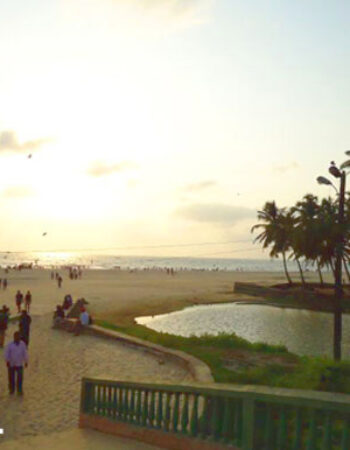 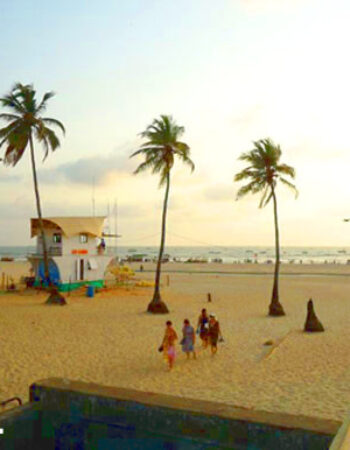 The Colva Beach lies about 6 Kms to the west of Margao and is the oldest, largest and the most spectacular beaches of South Goa. The beach consists of about 25kms of the fine powdered white sand and is bounded along its coast by coconut palms that stretch from Bogmalo in the north to Cabo de Rama in the south along south Goa’s coastline. In the colonial days it used to be the resting area for Margao’s high society, who would visit Colva for their “Mundanca” or change of air. 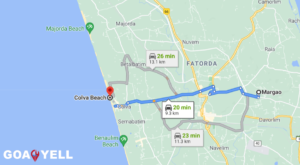 Today the area that is reminiscent of the luxurious lifestyle of the aristrocratic class has the beautiful houses or villas that dot the village. While taking a stroll on the Colva Beach, silver carpets of bangdde (mackerels) can be viewed sparkling on the golden sands that are laid for drying by the fishermen. Apart from the beach itself, the other main attraction for the tourists is the “Menino Jesus” statue at the local church of Igreja de Nossa Senhora de Piedade ( Our Lady of Mercy) founded in 1630. The church lies in the village square. The church in Colva is famous for its annual religious event-Fama of Menino Jesuse (Child Jesus)-since the 17th century.

The predominantly Catholic community celebrates it on the third Monday of October every year. It is one of Goa’s most popular feasts and a big fair is held on the occasion at Colva. A hot-season retreat for Margao’s moneyed-class since long before independence, Colva is the oldest and largest – but least appealing – of south Goa’s resorts. It’s leafy outlying vaddos, or wards, are pleasant enough, dotted with colonial-style villas and ramshackle fishing huts, but the beachfront is dismal: a lacklustre collection of concrete hotels, souvenir stalls and fly-blown snack bars strewn around a bleak central roundabout.

Each afternoon, busloads of visitors from out of state mill around here after a paddle on the crowded foreshore, pestered by postcard wallahs and the little urchins whose families camp on the outskirts. The ambiance is not improved by heaps of rubbish dumped in a rank-smelling ditch that runs behind the beach, nor by the stench of drying fish wafting from the nearby palm-thatch village. If, however, you steer clear of the central market area, and stick to the cleaner, greener outskirts, Colva can be a pleasant and convenient place to stay for a while.

Swimming is relatively safe, while the sand, at least away from the beachfront, is spotless and scattered with beautiful shells. Although the Colva Beach has never been a hilarious destination for rave parties, Colva’s nightlife is livelier and vibrant than anywhere else in south Goa.The two most happening nightspots are down in the dunes south of the beachfront area: splash boasts a big MTV satellite screen and music to match, and a late bar and disco energize and rock crowds around 10.00 pm.’, ‘Colva Beach’

Q How far is Colva Beach?