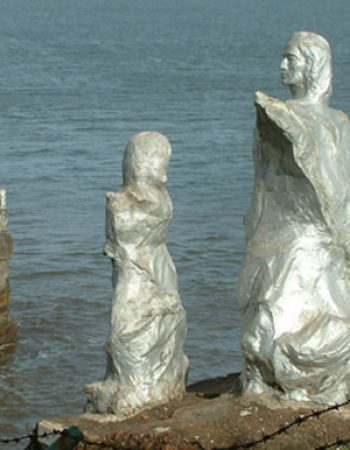 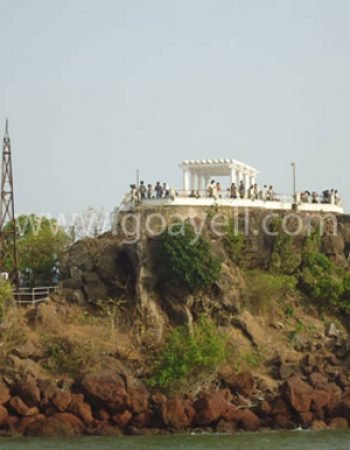 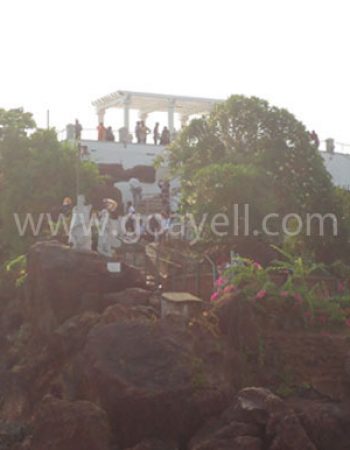 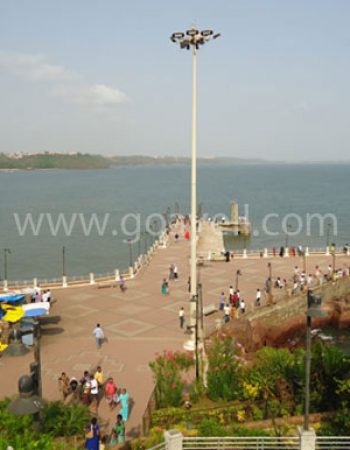 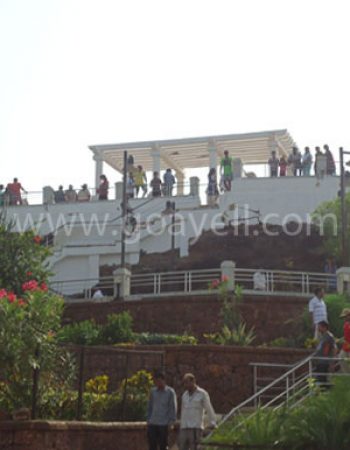 Dona Paula is a former village, and tourist destination, in the suburbs of Panaji, Goa, India. It is today home to the National Institute of Oceanography, and just alongside it lie the Goa University and the International Centre Goa. It is also home to a number of hotels, small and large, and the luxury Cidade de Goa is situated in the area.

At the place where two famous rivers meet the Arabian Sea lies the once secluded bay of Dona Paula with the fine view of Marmugao Harbour. This place carries with it an aura both romantic and mythical. Here’s a peek into this enigmatic scene.

Dona Paula is nestled on a rocky, hammer shaped headland. This former fishing village has now become a commercialized location for beach resorts and restaurants. With the romance and myth attached to it, tourists throng the Dona Paula beach and Jetty in search of the mystery, besides indulging in water sports.

There are a number of legends behind the alleged Dona Paula Sculpture. The tourists coming here are often told fascinating stories and misguided by tourist guides such as “Dona was married to Paulo, a lowly fisherman. He ventured into deep seas for fishing and is said to have never returned. His dutiful wife Dona supposedly waited for him at the jetty, for so many years that she finally turned into stone!” or another romantic lore. “Dona and Paulo were lovers separated by their caste and nationality and with no other option left, they decided to end their lives, by jumping off the cliff. The Statue on the rock is dedicated to them.”

But the truth is far from romantic and tragic, and lacks the power to attract crowds. The truth finally puts all the legends and folklore behind Dona Paula to rest. “Dona is the title given to married women according to Portuguese customs. And Paula Amaral Antonio de Souto Maior is the lady in debate. She is not a romantic figure but definitely a historical figure. She was the daughter of the Portuguese Viceroy of Jaffnapatnam, in Sri Lanka. She and her family arrived in Goa in 1644 and she married a Fidalgo from Spain in 1656. Her husband was Dom Antonio Souto Maior. They were an extremely affluent family and the entire property from the present day Cabo Raj Nivas all the way to Caranzalem belonged to the Souto Maiors. She later passed away on December 16, 1682.”

The grave of Dona Paula Amaral Antonio de Souto Maior was found in the transept of the Chapel at the Governor’s Palace where a part of her history is engraved on her gravestone. Dona Paula was a woman of charity and is known to have helped the villagers and worked a lot for their betterment, so after her death, the villagers decided to re-name the village as Dona Paula. Initially the village was called Oddavell.

The alleged statue of ‘Dona-Paulo’ the statue seen today at the jetty in Dona Paula is in reality the sculpture of Mr. and Mrs. Robert Knox. It was a Dutch sculptress, Baroness Yrse Von Leistner who etched the sculpture as she was in awe of the philosopher Robert Knox..

Dona Paula, today, is home to some of the top Industrialists of the state. The best area & also the most expensive area within donapaula is MACHADO COVE, where Cidade is located as well.