This port is the export hub of Goa’s mining industry. The plan to sink about 46 Allied ships during World War II was hatched from here. A German ship, Ehrenfels, relayed information about the movement of Allied ships to their U-boats. The film Sea Wolves and James Leasor’s book, The Boarding Party, are based on this episode.Every year, around 30 cruise ships dock here. Tourists can go for a quick tour of the beaches on these cruises. 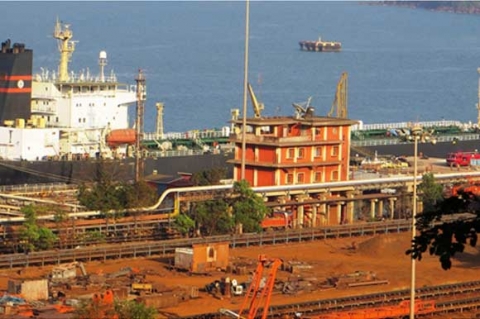 One of India’s few natural harbours, Mormugao Port has its importance as an export point for Goa’s mining industry. In the recent years the tourism industry has flourished here alongwith the mining. From Mormugao Port a number of cruise ships sail in morning and steam out in the late evening. You can take a quick tour of Goa’s beaches, churches, temples and several other destinations by these cruise ships.