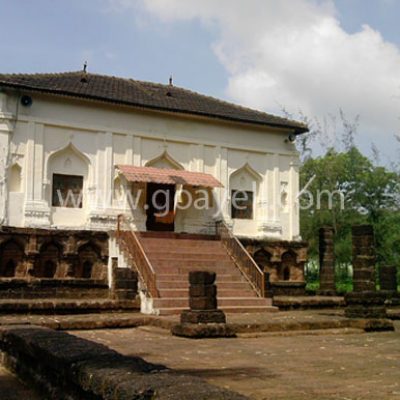 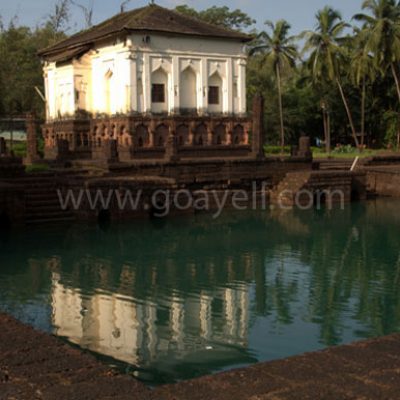 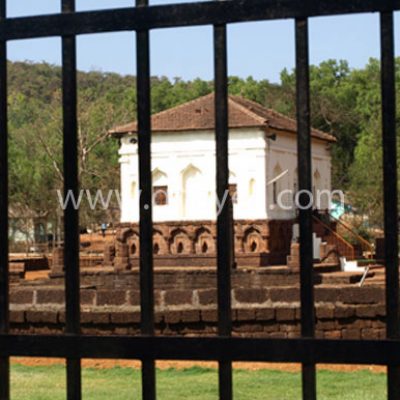 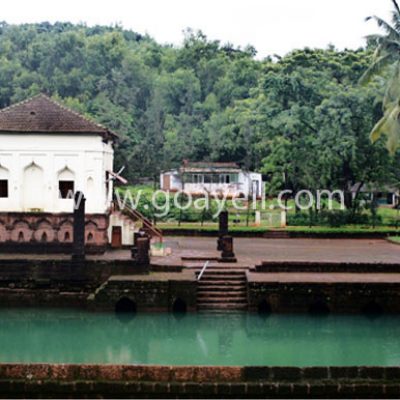 On the outskirts of the Ponda town is located the historic Safa Masjid or The Shifa Shahourie Masjid. This Islamic ecclesiastical structure is a historian’s delight. The Safa Masjid of Ponda is a very pertinent representative of medieval Goa’s history and culture.

Infact, the hustling modern town life of Ponda has not affected the serene, sublime and elegant period look of this great mosque. It has withstood the ravages of time attracting a large number of Muslim devotees, historians, tourists both domestic and foreign, and has been noted as an important heritage monument of Goa and India.

Literally, the Arabic word ‘Safa’ means clean, chaste and pure and the title befits this beautiful structure which is devoid of any mindless extravagance and grandeur. It is meant for the chaste, clean and for the pure at heart and a devout Muslim.In this, article, I would like to demolish the distortions of the mosque’s historicity by the tourist brochures and guides. From 1489-90 onwards, Goa was under the control of the Adilshahi rulers of the Bijapur Kingdom.

Most of the people, tourist guides, brochures attribute the construction of the Safa Masjid of Ponda to Ibrahim Adilshah which is completely wrong belief.

Ponda was captured by the Portuguese as late as the mid 18th century. The greatness of the Safa Masjid lies not in what is left of the one time prosperous religious complex but its ruins which vividly recapitulate the past glory. The most interesting part of the Safa Masjid complex is the huge tank with 44 ‘hammams’ (hot air baths) dotting its four, interior sides in the typically Islamic Mehrab style archs. The tank has a flight of steps done up in the typically Hindu bathing ‘ghats’ style. This green rectangular tank holds mirror to the small mosque which stands elegantly facing it. The tank and the mosque is done up in the laterite stone masonry. The mosque originally was built up of the exposed laterite which was dotted with a number of Mehrab style arch and niches for people to pray accompanied with the original laterite pilaster. You can still see the remnants of the mehrab archs on all the four sides of the mosque where the top half of the mosque is plastered with a cream colour with chhajja (eaves) design, Persian style Mehrub double archs, pilaster with brackets. On the top half of the mosque, the ‘mehrab’ double arches are crowned with a beautiful lotus bud motif which adds to the serene beauty of this simple mosque. Here the mehrab style windows are square in shape.

The Safa Masjid is a fusion of Indo-Islamic style. The roof is tiled and you also find some ruined standing laterite pillars. The mosque and the tank were formally surrounded by an extensive garden with many fountains. The sight of the mosque from the main Ponda-Panaji road is extremely pleasant to the eyes.